I was really impressed with a project my sister recently completed so I had to share!
She found this dresser for just $10 at a garage sale.  She liked the color and distressing "as is" so she didn't have to touch that (nice!). 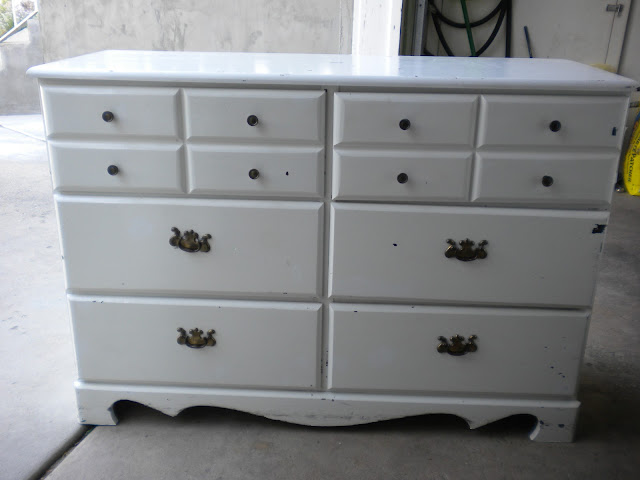 The only change she made was to cut it down- what?! 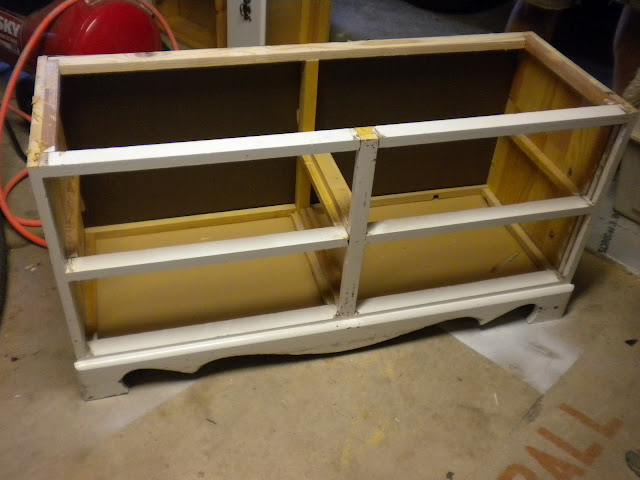 That way it could be converted into a bench - with storage!  Genius!  You will notice from the pictures she moved the top two drawers down and simply covered the existing dresser top with some foam and fabric, stapled it in place, then reattached it to the dresser/bench!  Who doesn't love great looking storage solutions?!  Especially ones this cheap and easy to make! 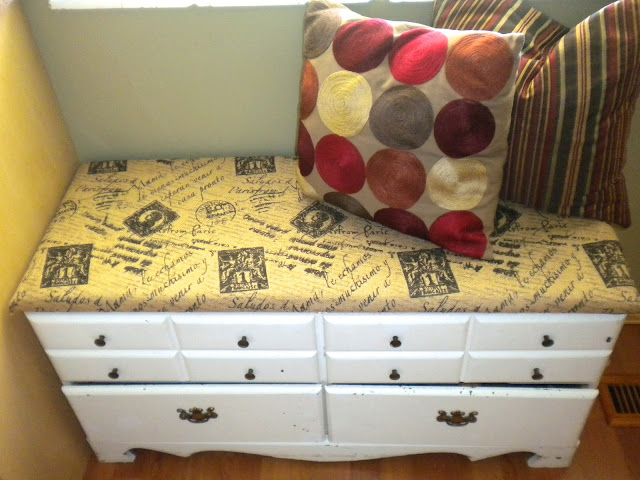 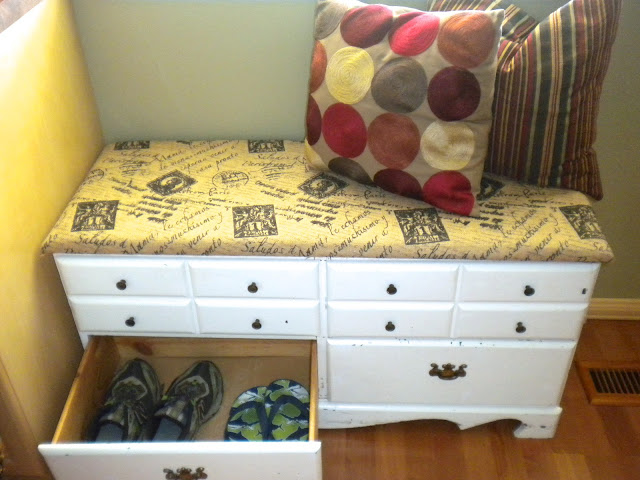