Now that the dining room molding is done and the table is in I'm working on the seating.  My husband and I agreed that a settee would be a fun addition.  I figured it would be a bit of a treasure hunt but a great look in the dining room so I was game!  I began pinning pictures for inspiration (this one is my favorite). 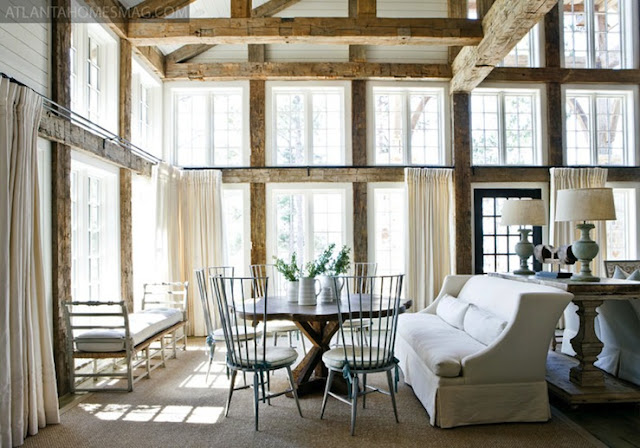 Imagine my delight when just a couple days later I came across this couch at Down East Home in Layton (sorry I have no idea where the couch is originally from).  I had seen it there before many times and liked it but I wasn't in the market for a couch, however when I walked in the store and had "settee" on my brain I suddenly saw it's true potential!  Thankfully I didn't see it's potential earlier because all that time that it sat in the store and didn't sell caused them to place it on clearance for $450!  SOLD! 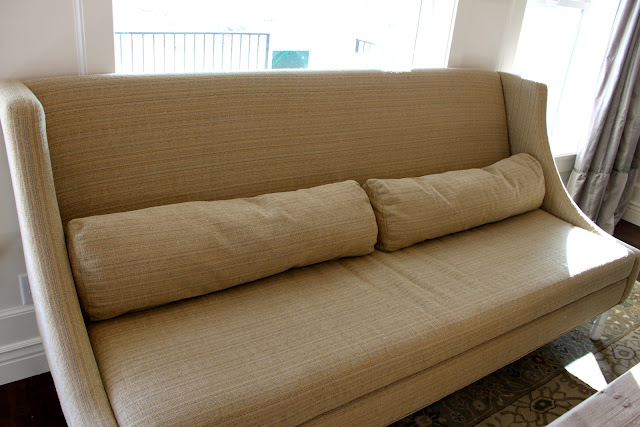 The only problem was it's height was too low to work as a settee, I needed the legs to be a few inches taller to allow someone to sit comfortably at the dining table.
Home Depot to the Rescue!!! 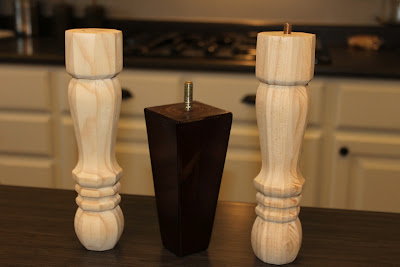 They actually have a few different leg options in different heights.  These babies were just $4 each!  You can see the original leg in the middle is quite a bit shorter than the new legs.  After painting them white I had to solve the other problem of the screw that comes already in the top of the Home Depot Legs.  It was too small and way too short.  Thankfully it can easily be removed by twisting it out with pliers, I then found the screw size and length I needed, re-drilled the same hole in the top of the Home Depot Leg and screwed in the new screw.  It's hard to see in the picture, but the type of screw you need is called a hanger bolt.  The size you need depends on the couch - but most likely they'll have it! 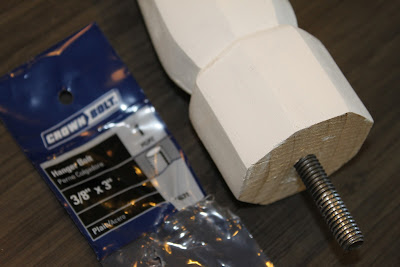 The new legs screwed up into the existing holes on the couch perfectly!  A pretty easy and cheap solution! (under $20 including the new hanger bolts) 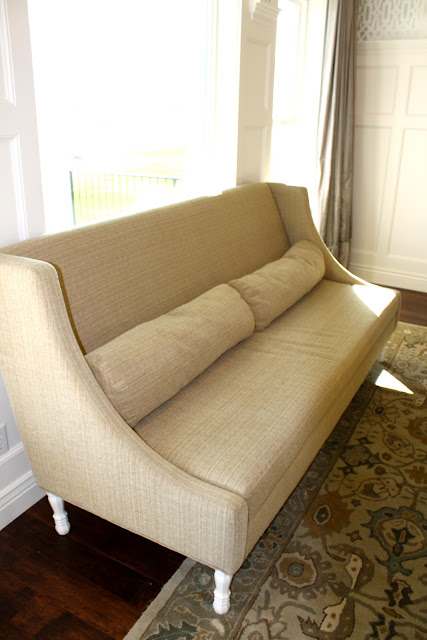 The only other problem was that I felt the settee was lacking in presence.
But that was an easy fix with some pillows from Zgallerie and a throw from West Elm. 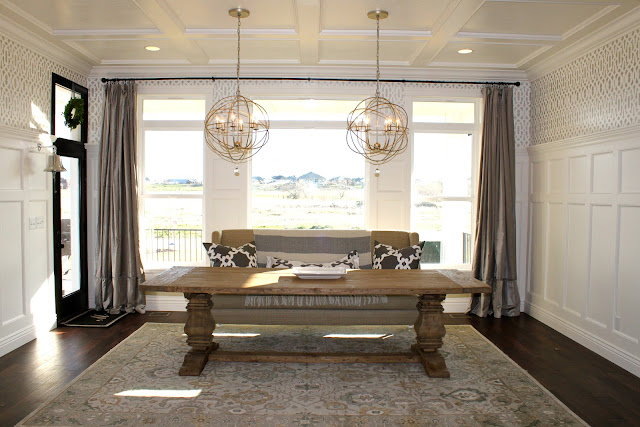 I wanted big pillows for each side so I bought a bedding "Euro Square" pillow instead of a traditional sized couch pillow (the price from Zgallerie includes a nice feather insert and the cover).  For the center pillow I stuffed one of the original pillows that came with the settee into a king sham.  The grey and white striped throw is a cute pattern and a great price but it does shed like crazy!  Just sayin! 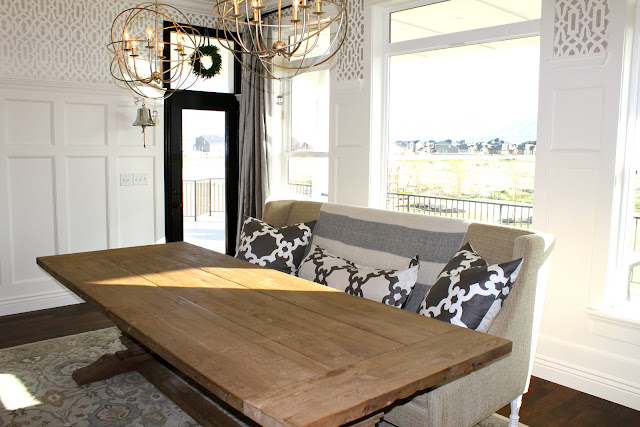 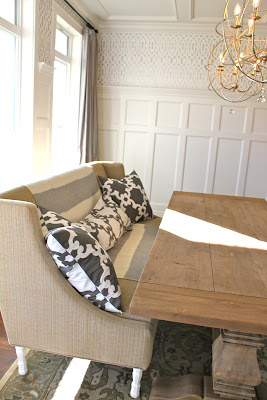 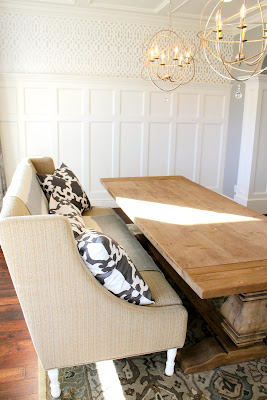 LOVE IT!
Not only does it look great and give some wow factor to the dining room, it really is a comfy place to dine!  If after a few years of use the upholstery gets gross from food then I may just have a slip cover made like my inspiration picture at the top of this post.  So far though we have only needed to use the settee when company is over which isn't very often.  The rest of the dining chairs are being painted right now, then I have to find some upholstery fabric that will coordinate with the rest of the room and get them upholstered.  So a few weeks until I'll have a "complete" dining room picture but keep checking back!