My Son Jackson's room has had blank white walls for a year now and it was time to change that!  I was inspired by this picture I found on Houzz.com 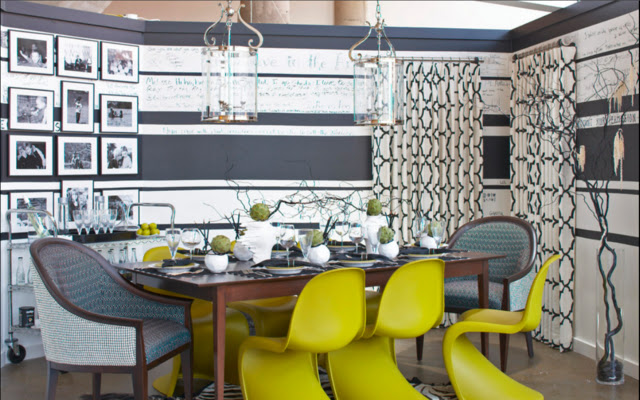 The first step is taping, then taping, then finish by taping some more!  I put small pieces of tape in the areas that needed to stay white so that I would remember not to paint them.  I took my time with the tape and just did a little each day while listening to a good book.  As you can see some of the tape is green "frog tape" and some of the tape is Blue Painters tape with "paint-block" technology.  I figured they were the same thing......... 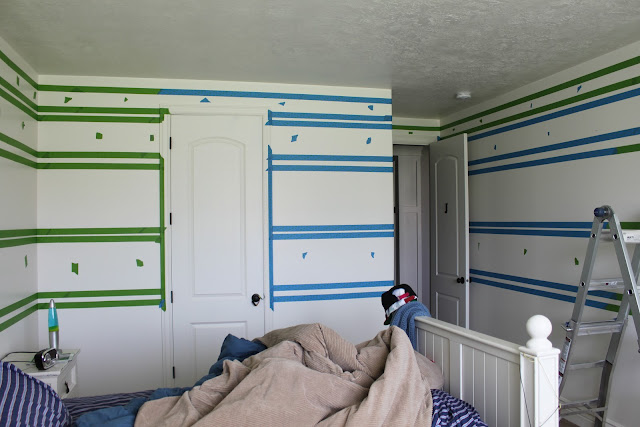 NOT THE SAME!!!!
You can see below right where the green tape was used (no bleeding) and where the blue tape was used (lots of bleeding - grrrrrrr!).  I am really disappointed in this blue tape because it is expensive and tells you it has "special technology" that makes you feel safe and then you have a huge letdown when you remove the stuff and realize you were ripped off because it is the exact same thing as regular blue tape!!!! 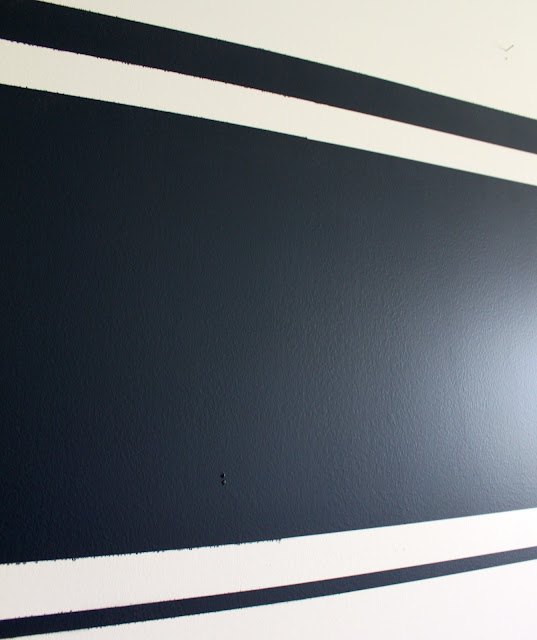 The frog tape wasn't "perfect" but it was a ton better than the blue tape.  For best results I would recommend frog tape and then going over your tape with your base color paint to seal the lines.


From far away it looks ok - but I have a lot of touching up to do, ugh! 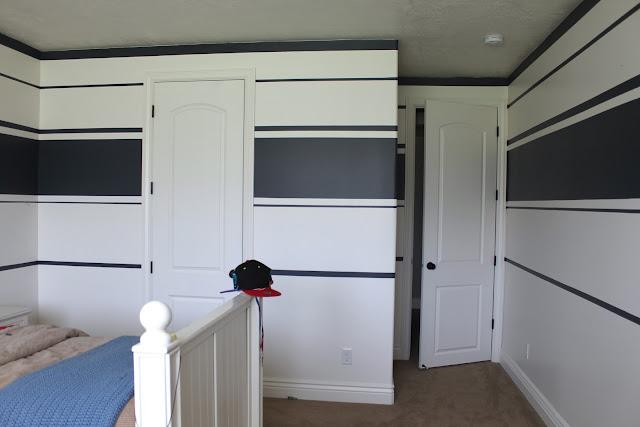 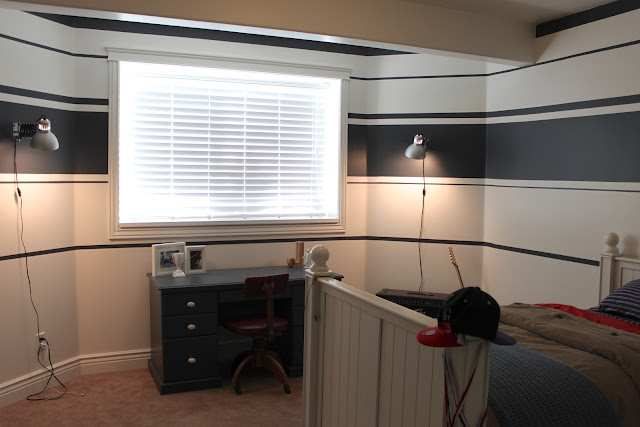 To get my lines straight I used the Black and Decker "sure grip" laser level from Home Depot.  It was A LOT easier than trying to hold a level in place and trace lines with a pencil.  The only bad thing was that the suction didn't work well on parts of the wall where tape was.  It kept falling off the wall and eventually the laser line was no longer "level".  Kind of annoying - thankfully I was almost done so I only had to use my hand held level for a small portion of the room. 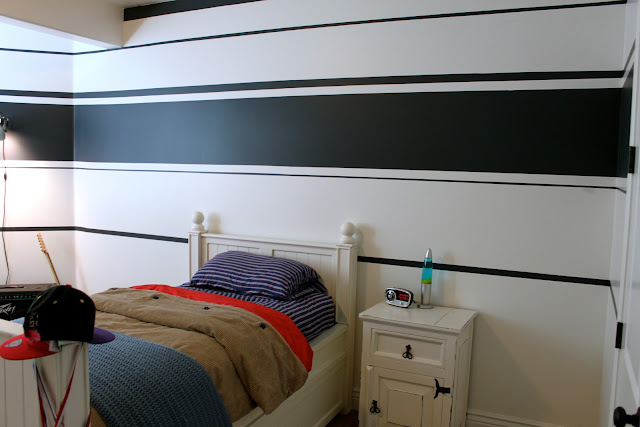 Overall I'm really happy with the look.  I'll be back at some point when I get pictures hung and pull the room all together, it's going to have a skateboarding theme!